Global Aerospace was created in January 2001, following the merger of two leading specialist aerospace insurance Pools, the British Aviation Insurance Group (BAIG) in the UK and Associated Aviation Underwriters (AAU) in the USA.

Both BAIG and AAU had roots which trace back to the 1920’s, giving us a unique place in the history of the development of the industry, and making us the most experienced provider in our sector.

Following World War I, low-powered engines and rudimentary navigation made aviation insurance a high-risk business, albeit one with huge potential for future growth. Recognising the needs of the fledgling air transport industry, the British Aviation Insurance Group (BAIG) was formed in 1924 with a Pool consisting of the White Cross Insurance Association (a consortium of Lloyd’s syndicates) and the Union Insurance Society of Canton. 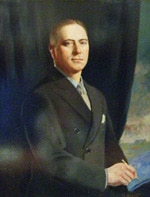 Two years later, BAIG was transitioned into a new company, the British Aviation Insurance Company (BAIC), with noted British aviator A.G. Lamplugh as its chief underwriter and principal surveyor. He was credited with saying, “Aviation in itself is not inherently dangerous. But to an even greater degree than the sea, it is terribly unforgiving of any carelessness, incapacity or neglect.”

A dramatic expansion in civil aviation followed World War II, fueled by new technology and the many highly trained pilots no longer engaged in combat. Ex-military aircraft were soon replaced by new, purpose-built planes, such as the Boeing Stratocruiser and Lockheed Constellation, which required much higher levels of insurance coverage than the smaller pre-war aircraft. But these aircraft were soon superseded by even higher valued and higher capacity Jet aircraft culminating in the late 1960’s with the introduction of the B747 “Jumbo Jet”.

Throughout this period of rapid development, the aviation insurance industry was able to keep pace with both the technological innovations and the increasing limits of cover demanded by the market. BAIC and AAU played a central role as leading underwriters for the fast growing Airline industry.

In 1990, the British Aviation Insurance Group name was resurrected when BAIC, Aviation & General, London Aviation Insurance Group, the aviation offices of General Accident, Commercial Union and the Eagle Star combined to form a single Pool. By bringing together these individual elements the new company became Europe’s largest specialist provider of aviation insurance, with significant underwriting capacity deployed through a more efficient structure than its constituent parts. In 1996, Tony Medniuk became the managing director and chief executive officer of BAIG. He sought to diversify the capital base of the Pool and it was in this period that Munich Re and our two Japanese Pool members, Tokio Marine and Mitsui joined.

The new Millennium and an increasingly globalized aerospace and air transport industry demanded a fresh approach, with a broader and more international perspective. To realize this vision, BAIG and AAU joined together to create Global Aerospace.

Within a year, the aviation insurance industry was to face its biggest crisis ever. The use of hijacked airliners on September 11, 2001 as terrorist weapons shocked the world; yet Global Aerospace was at the forefront of ensuring that the air transport industry could continue to operate despite these new unprecedented risks.

In late 2007 Global opened its first Continental European branch office, in Zurich. This has since been followed by Paris (2009) and Cologne (2013).

The insurance security offered by the Pool was further diversified in 2009 with the addition of Mapfre Global Risks, Also in 2009, Tony Medniuk, who had led the company’s growth to becoming the largest specialist international provider of aviation insurance, retired. He was succeeded by Nick Brown, who had been Chief Underwriting Officer.

In 2010, Global Aerospace launched e-certs online certificate processing. This gave US General Aviation producers and customers the ability to issue and print necessary aircraft insurance certificates from anywhere in the world.

In 2012, Global Aerospace, Inc. was selected as the Aviation Insurance Claims Manager and Advisor for the FAA. This involved providing aircraft insurance expertise, assisting in claims settlements and advising the FAA on commercial aviation insurance matters with respect to war risk coverage provided by the FAA and as authorized by the U.S. Congress.

Global Aerospace has been involved in aviation insurance for more than 90 years. We have continuously developed and expanded to accommodate the growth and increasing complexity of aviation risk management. As times change and we adapt to meet new challenges, one thing remains the same: our commitment to professionalism, innovation and responsive customer service.

Global Aerospace is a leading provider of aerospace insurance with a worldwide portfolio of clients engaged in every aspect of the aviation and space industries.

No two risks are the same, no two aviation insurance programs should be priced the same. 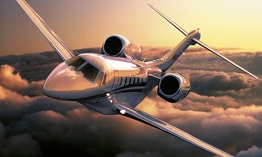